Carnivals around the world!

world exciting and diverse. However there is one celebration in particular we love and the

concept is now celebrated world-wide, and that is the Carnival! We love a carnival as they break

boundaries and literally stop cities in their tracks. When carnival is in town no one has a say

and like the old saying goes, if you can’t beat them join them!

What isn’t to love? Breathtaking parades plough through the streets with an overpowering array

usually full of feathers, dancing freely to the music that flows through the town or city. As we begin the countdown to our first very own Kisstory Carnival every Tuesday we

thought we would share with you our favourite carnivals from around the world. 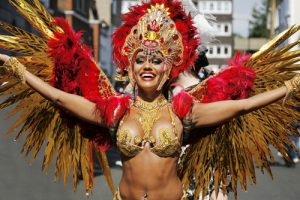 Notting Hill Carnival has been running since 1966 in this cool, chic area of West London. The

event falls on the last bank holiday in August attracting over one million people each year.

Although it’s not technically a part of the religious carnival season surrounding lent, it really is a

big part of the English/Carribean culture and a celebration of life.

Music is a huge focus in this carnival, with large scale sound systems and live performers dotted

Throughout. It is important to do your research and map out what you would like to see, you don’t want to risk missing Norman Jay’s Good Times Sound Systems bus which is known for its eclectic mix of music including house,  garage, dnb and more! 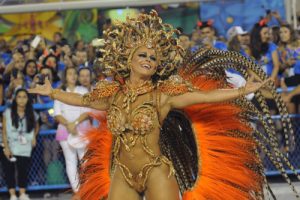 This magical carnival is like no other and a lifetime experience it really is. Rio de Janeiro comes

alive and the energy is electrifying. People from all over the globe flock to this beautiful city for a

week of celebrations full of music, bronzed samba dancers and out of this world costumes and floats.

Dating back to 1723, this is one of the biggest carnivals in the world and the biggest event in the

Brazilian calendar. It is a celebration in honour of the Gods and respect to the waters. This

annual event attracts over two million and takes place just before lent each year from 2nd -9th March. It is full of street festivals along with various parties and even features the queen of the carnival. If you want to experience the Rio underground scene then on the last day head to 4 Finest Technival in Solar do Redentor where djs from Rome and Berlin will be putting on a special 24 hour party to celebrate the ending

This fascinating carnival is held in the town of Binche in Belgium and is held on the Sunday,

Monday and Tuesday leading up to Ash Wednesday. One unique thing about this celebration is

events related to the carnival starts seven weeks prior to the main celebration. Every Sunday

The main feature of this carnival are Gillies. These are clown like performers that appear most

of the time on Shrove Tuesday The Gilles have wooden footwear, vibrant dresses and wax

It is tradition to feast on a breakfast fit for a king before the march. So a great excuse to indulge on oysters and champagne to start the day, just to ensure you really experience the culture! 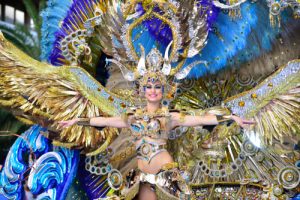 This carnival is held on the 27th February to the 10th March in Santa de Cruz in Tenerife and attracts people from all over the world. It is considered the second biggest festival after Rio and is internationally known.

starting with an opening parade. Thousands of people gather in fancy dress and dance through

to the early hours of the next day. This continues every night until Ash Wednesday when people

go through a tradition called entierro de la sardina (meaning ‘burial of the sardine’). This

For anyone wanting to unwind and chill after the street partying and festivities then book yourself to into L’estheticienne spa for a day of self love and pampering with one of their many treatments on offer, we recommend a full body massage! 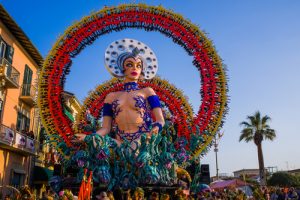 Held in the Tuscan town of Well, something that sets this carnival aside is the paper mache

floats that parade the streets. The biggest weighing around 40 tons. The main parade takes

place next to Viareggio’s beach on its main strip and people wear masks representing athletes,

politicians and other famous faces.

When in Italy food is key so be sure to stop at the stand Misericordia for some authentic Italian pizza and not forgetting dessert, specifically the fried donuts known as “bomboloni” which are a must.

Taking place on various dates in February and March, you can still be a part of the experience for remaining 2 days on the 3rd and 5th March, so don’t miss out!

If you haven’t been lucky enough to experience any of these carnivals this year then we have you covered !

Book your beds and tickets for Kisstory Carnival every Tuesday at obeachibiza.com

How to Make Cîroc Cocktails at Home

The Au Vodka Cocktails to Inspire your Next Pool Party