Behind the scenes Music Party

Block parties have been around for decades in New York and are credited with a whole new genre of music that became a major influence on the hip hop and house music scene we live and breathe today.

So where did it all start? Way back in 1918, the tradition started with NYC neighbourhoods coming together to sing, dance and commemorate residents who were fighting in WW1, community was strong and it was the perfect way for people to feel united and together.

The 1970s was a distinctive era for block parties as hip hop was born and what was just a “back-to-school jam” hosted by teen siblings Cindy and Clive Campbell and it took creativity in music to another level. Clive, who became known as DJ Kool Herc continued pioneering his music through huge souped-up speakers at block parties across the Bronx. Hip-Hop flourished during this period and the block parties became essential to the genre’s growth. These gatherings became a place for creatives including graffiti artists, breakdancers, MCs and DJs to come together and share their talent and love of the art. 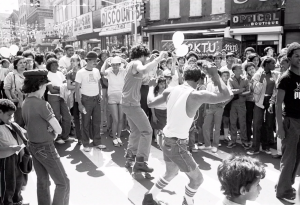 The 90s is when hip hop became mainstream and the genre produced some of its best and most loved music. Artists such as 2Pac, Lauryn Hill and Nas took huge inspirational bites from the parties and became hugely successful in this era. During the Wildchild shows you’ll hear them dipping into some of these timelines of music alongside more contemporary tracks which have taken clear inspiration from the musical history of New York and the Bronx. 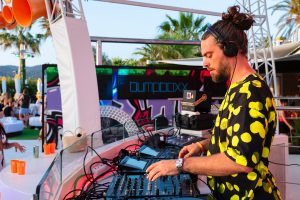 Fast forward to 2022 and a year where we are reintroduced back to the dancefloor after a two-year hiatus, our Bi-weekly Thursdays with WildChild get nostalgic and celebrate the culture and roots of Block Parties at O Beach in downtown San Antonio. We can finally dance together again and our very own block party in O Beach is the best way to celebrate diversity and togetherness! 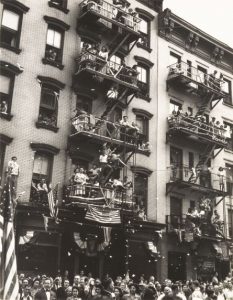 In partnership with Bumpboxx UK, the loudest retro boombox in the world, every other Thursday you will be transported to the streets of New York with break dancers, an eclectic soundtrack from a credible line-up of DJs including Niel Feijen, Vin Postega, Fleur Vosse and Jake Tarry, plusa giant Bumpboxx because we all know that you can’t throw a block party without a killer boombox! 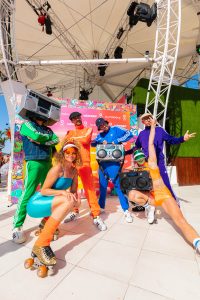 We will be hosting a series of live broadcasts from O Beach this summer so keep your eyes peeled on our social channels and if you want to get even more in the mood check out the range of Boombox stereos you can purchase to get your own block party started. Bumpboxx is now available to buy in our boutique and online in Europe and as an O Beach customer you´ll get 10% off all season with code OBEACH10 at www.bumpboxx.co.uk 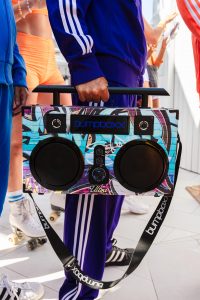 If you’re coming to Ibiza this summer book your Wildchild beds and dancefloor tickets today to avoid disappointment.

How to combine a luxury Maldives holiday with a party