Soul Heaven are known for their flawless line up of current DJs who play nothing but uplifting house and soulful disco music. We are always excited to see what the season holds for the O Beach decks and Soul Heaven never fail to deliver DJs that inject the club with musical delights.

On the 7th September there is no exception as we play host to one of the hottest female DJs around. Born and bred Londoner Monki started her music career at a young age where she was the first person to ever intern for RinseFM. Long gone are the days of tea making as her portfolio of achievements include record label founder, broadcaster and DJ. We caught up with Monki to dive a little deeper into her journey and how she made her way to the O Beach DJ booth! 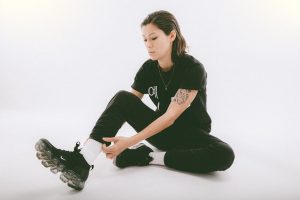 How did you get into the music industry?

Through radio mainly. That’s what got me into it, I used to listen to specialist dance shows on the radio. I dropped out of college after a few months and looked at getting as many internships as possible. The first ones were a local station and a then a pirate station in East London, RinseFM. With that came DJing and it progressed from there.

Who were your musical influences growing up?

They were mostly radio DJs on BBCR1 and RinseFM. Dance music was always played in the house occasionally as well; my mum was into the Chemical Brothers, Orbital, Prodigy, 808State. So I’d hear a lot unknowingly, so I’m sure that played a part. 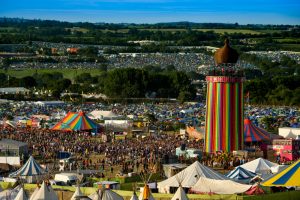 I reckon my first festivals. I had a friend in school and his parents use to take us to festivals. They took me to my first Glastonbury. There was a real sense of freedom I had never experienced before by so many people in one place; and it was really eye opening at a young age.

The parties I play are usually the parties I go too; and with balancing football I tend to not go to clubs when I’m not playing. But when I am, at a festival say; I’ll have a good walk about and see what’s going on. You’re more likely to find me in the pub with my pals on days off if I am out out.

When in your career have you had to pinch yourself?

What advise would you give to any inspiring DJ?

Do it because you love it and it excites you; don’t follow something for the wrong reasons. 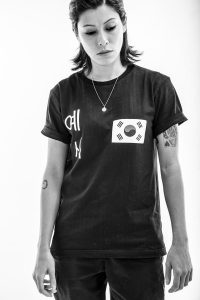 What has been your biggest challenge as to date?

I would say that a lot of DJs get put in a genre box. Getting out of that box and just being known for playing music that you really enjoy is a struggle for most at some stage. Every day is a different challenge though; it’s definitely a bizarre and exciting line of work.

What has been your biggest achievement to date?

There have been moments of my career I’ve been very proud of: Radio shows, gigs, selling out tours etc I think in more recent times I switched it up this summer and went to France to do a podcast on football during the Women’s World cup. It was 5 weeks of work and it was something I had never done before; I felt proud that I could use my set of skills I learnt broadcasting to talk about something else I love.

What does a successful future look like to you?

In all honesty it’s going to sound cliche but success to me is happiness. Whatever makes you happy; everything else is a perk. 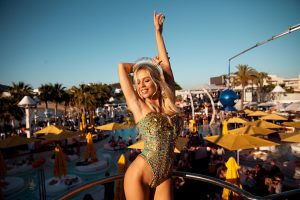 and finally – We cant wait to see you on the 7th September – what can we expect from you when you play the Soul Heaven Pool  Party at O Beach Ibiza ?

Yeah I do love a pool party, think i’m going to run through some classics! Looking forward to it.

ONE word with DJ Spoony