A day in the life of... Ibiza hints & tips Just for fun 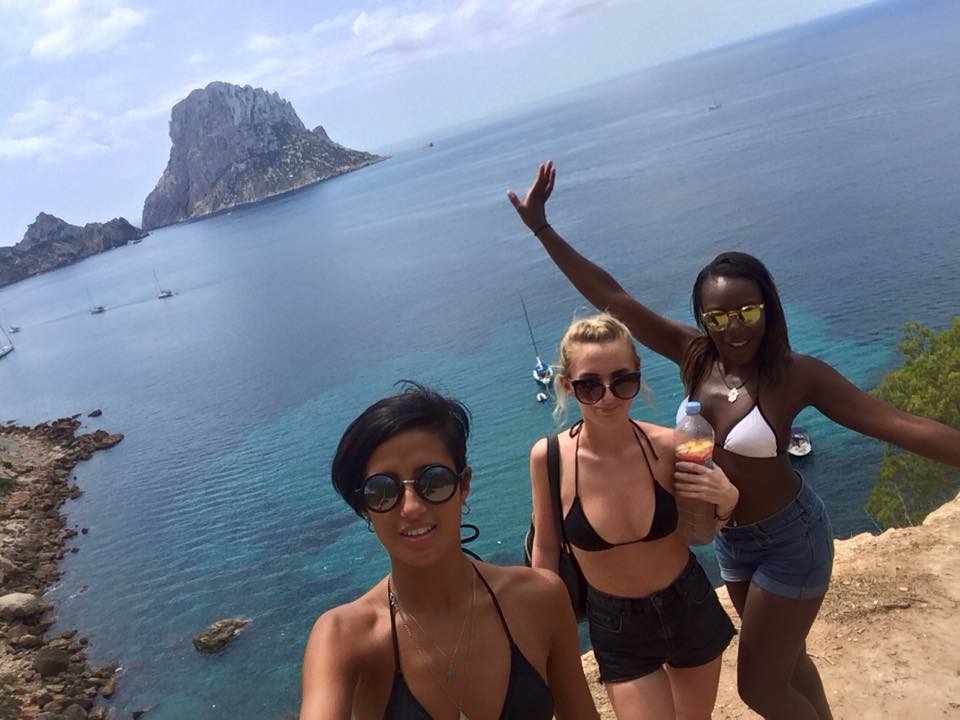 You may recognise lani as she’s one of ocean beach Ibiza’s lovely dancers! but when shes not up on the podium doing her thing, she’s out exploring the island and this week she went on the search for the
‘lost city’ of atlantis! 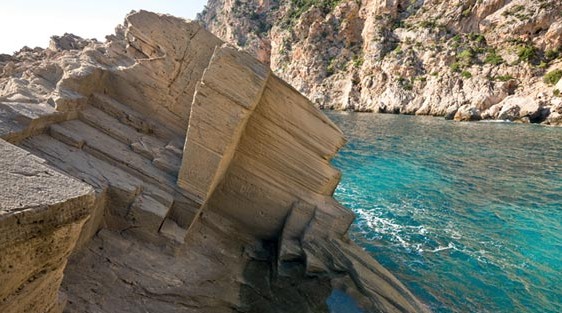 Atlantis, a mystical location opposite the magical es Vedra on the west coast of ibiza. it is where it appears that a city has sunk beneath the waters as the sun shines upon it. It is an ancient quarry where centuries ago  stones were cut out of the rock and were used to build many structures like homes, defensive towers and the walls of the fortified city that still exisists there today.

.We started our day at around 3pm, first we got dropped off by our taxi just opposite Es Vedra. When we were leaving San Antonio it started to rain, so we were unsure if it was going to be a good day for this trip, we carried on anyway and luckily the sun had came out on that side of the Island.

After we had taken a few pictures and met some other friends we started our walk towards Atlantis. We walked up hill for about 25 minutes, which in the heat was a struggle! We started along the road then started walking more into a dirt track to get to the cliff edge which leads you to 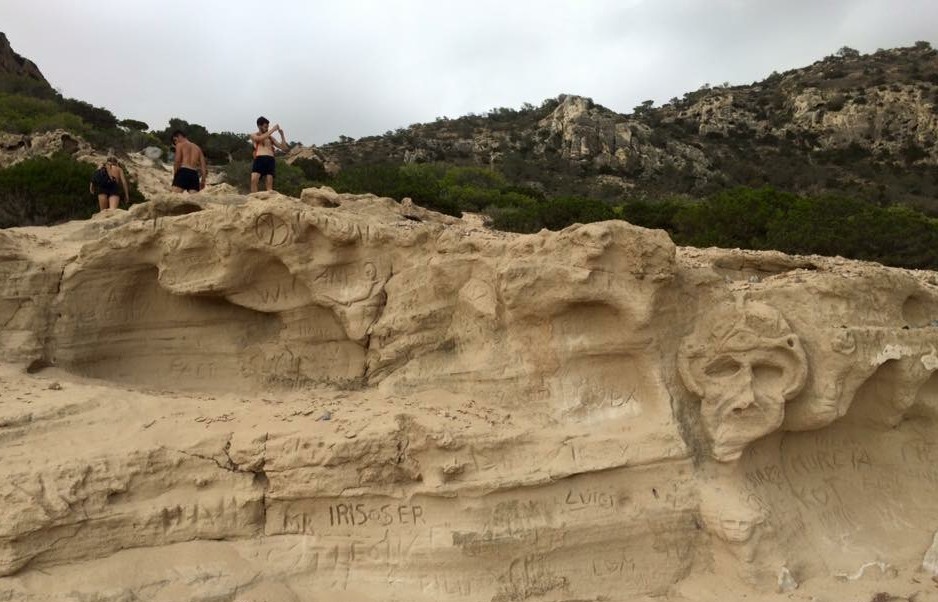 Atlantis. At the top of the cliff was a hippy man with dreadlocks. And around him were rocks and stones balanced in a swirl shape that he had created as a piece of art. We started to walk down and we had to go through bushes and gravelled ground. Us girls did take some falls!

It took about 15-20 minutes to get down there. it was a challenge but when we finally got down to Atlantis it was worth it Atlantis itself was amazing. And the weather had stayed hot which was a bonus. There were lots of engravings in the big rocks. 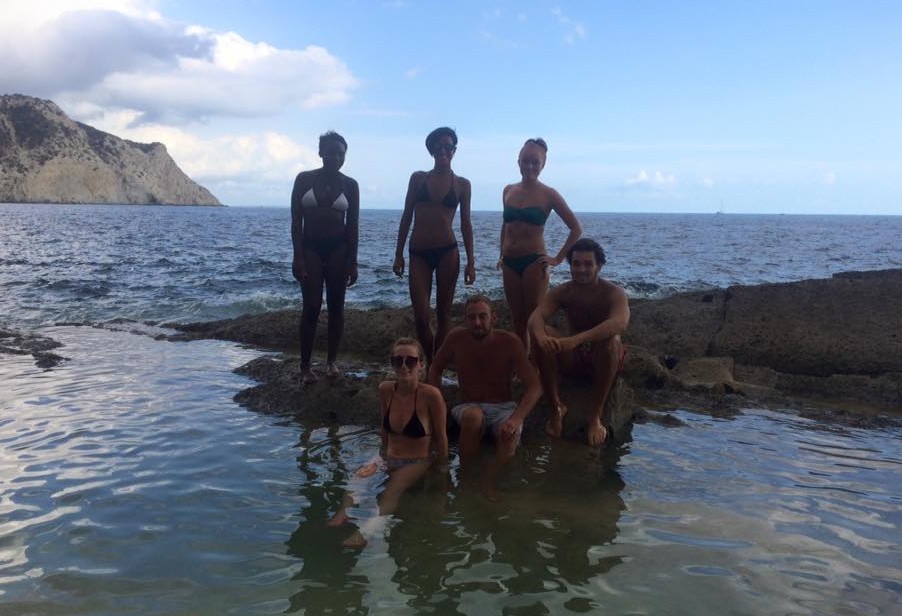 Before you got to the sea there was a natural swimming pool type of area, where the sea water was shallow enough to sit and lie down in. The sea looked very choppy and there were some brightly coloured fish swimming about too.

After we had chilled there a few hours we then decided to go back up to opposite Es Vedra to watch the sun set. The walk back up was the hardest part of the day!! Especially as we were low on water so We decided to have a pit stop by a massive rock with graffiti on. As we got to the top, it started to lightly rain. Which felt very refreshing, it was the perfect time for it! 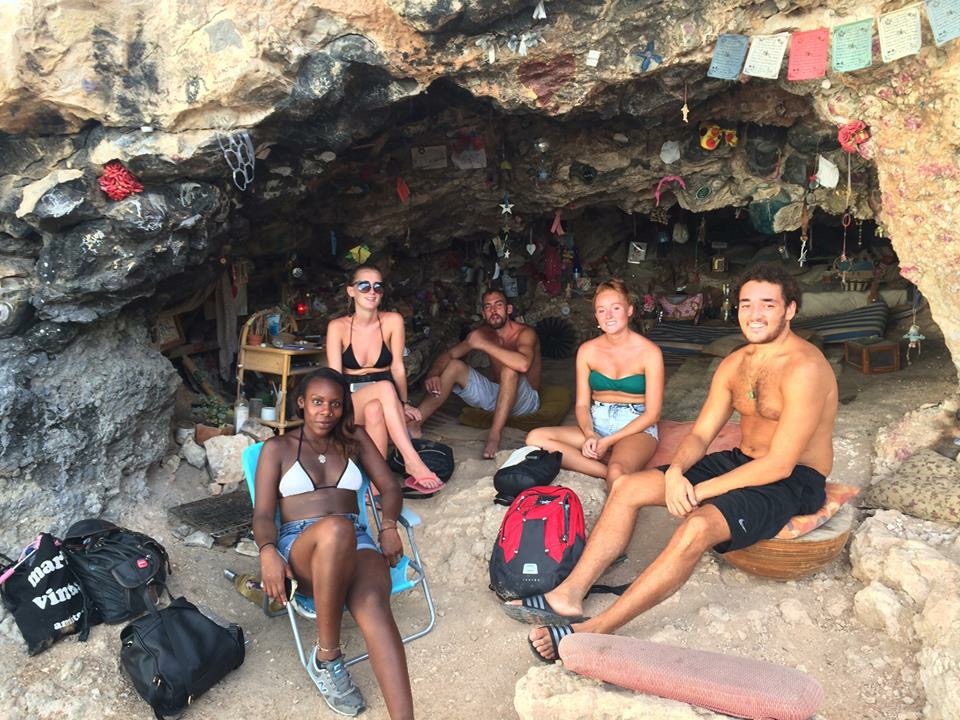 When we got back to the cliff it stopped raining and the sun came out again, the weather was on our sides.We watched the sunset in a cave that one of the old hippys had put cushions and chairs in. It was the perfect way to end the day.

Have you ever visited Atlantis? Or planning on finding it this summer? We’ll want to see your adventures! #obatlantis