IN THE RUN UP TO HER IBIZA COMEBACK, BRIT AWARD WINNING SONIQUE, WHO ROSE TO FAME WITH “FEEL SO GOOD”, GAVE US A MOMENT OF HER TIME FOR AN
O BEACH IBIZA EXCLUSIVE INTERVIEW.

So tell us, What’s happening in the world of Sonique? I’ve noticed you have recently been playing in the UAE.

Well, I’ve been playing out there because to be honest, I’ve been playing a lot in Russia and very cold places, so one day I just thought to myself, why not check out other parts of the world? So I made the decision to head to the sun. It’s been really great, I worked out there in the 90’s and since then it’s changed quite a bit. It’s come a long way, but it’s nice to go back and see your old family again, but you know with the new generation, that’s nice as well.

Talking about the 90’s you actually had a residency at Manumission back in the 90’s, how was that?

I certainly did, it was interesting. There was a lot that would go on there. There is a big difference between then and now. Back then all the locals would be getting involved with a handful of people who knew about the island, you know?

How do you think it’s changed since then?

It’s changed a lot. Parties were mainly people from the island and then you’d get a handful of tourists. Back in them days they didn’t have a license for anything, parties could pop up ANYWHERE! And that was beautiful, it was just really raw and you just felt like you were still part of something. You knew it wasn’t going to last as Ibiza has become such a popular party destination, with the size of the parties now, licensing and regulations have to be in place. It was great though in those days, with the locals being a part of it, even the older generation. They knew all the songs I was playing.

Manumission is renowned for it’s crazy parties, what was the craziest thing that you ever saw at the parties?

I saw loads! The craziest one was when I decided to take my mum. I mean she’s cool, she’s seen pretty much everything! She used to be a dancer so she’s been a part of the entertainment game anyway. You got some people doing whatever they wanted on stage, but I never really paid attention, but mum was just like; “Look, look!” in her proper West Indian accent, and I’m like, “Ah mum I’m just playing the music, don’t distract me, I might play the wrong song!” 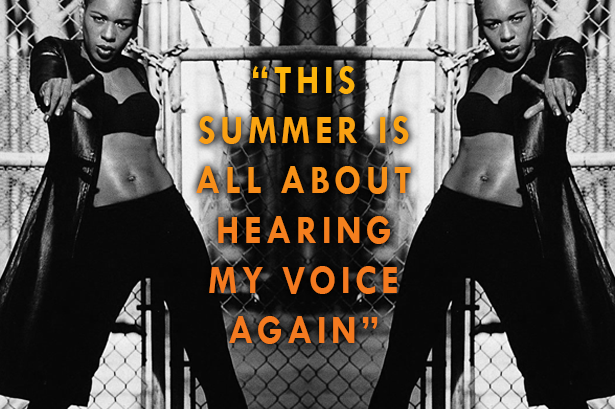 What can we expect to see from Sonique in 2016?

At the moment I’ve been doing loads of writing. I’ve already got a remix that Paul Morel has done which is doing really well. Asides that I’m just working with another guy at the moment and we’ll be bringing something out for sure. This Summer is all about hearing my voice again.

Since you started, the typical DJ set up has changed, do you miss carrying around your record box?

Well, my biceps are much smaller now. People used to ask me how did I get them arms, and I’d be like, try carrying around records for 10 years. But yeah, I miss the sound quality of analogue sound. It is so rich and so warm and so inviting, that my ears are still finding it difficult nowadays to listen to the kind of quality now. And nowadays you have USB sticks and computers but if I could choose, I’d go back to vinyl any day, definitely. I would take that back immediately, mainly because I miss my biceps! But I’m just going to have to deal with that.

When you’re not behind the decks here in Ibiza, what’s your favourite thing to do whilst on the White Isle?

I like to eat. I just eat or I go to the beach and eat. I like the whole thing of sitting with my friends and having some good food. My favourite place to eat is this Argentinian place right in Playa den Bossa, its just by Bora Bora, they just do the most amazing meat, it’s so good. It’s really simple, not fancy or anything but the food is great.

You won a Brit Award for ‘Best Female Artist’ – we want to know where in your house you keep your award?

It’s in the studio where everything goes. I’ve got quite a lot of plaques and awards so I just scatter them around really. They’re not in a big extravagant polished glass cabinet or anything, it’s just sitting there on the side of the radiator. My Ivor Novello award for songwriting is my favourite because that’s what I’d always wanted to be. I mean being a singer is great but I always wanted to write a really great song. The Brit award was amazing though, as I didn’t see it coming.

And finally, if you could collaborate with anyone dead or alive who would it be?

Two people at the same time, Prince and Michael Jackson. It’s always been them but unfortunately they’re both gone now so that’s out of the question. I’d love to collaborate with both of them, they’d just smash it every time.

Off The Wall was definitely my favourite album, it was the one that got me straight in there. I just think you can’t live long when you’re that great! It’s like the planet can’t handle it, the worlds not balanced properly when there’s people with that amount of talent.